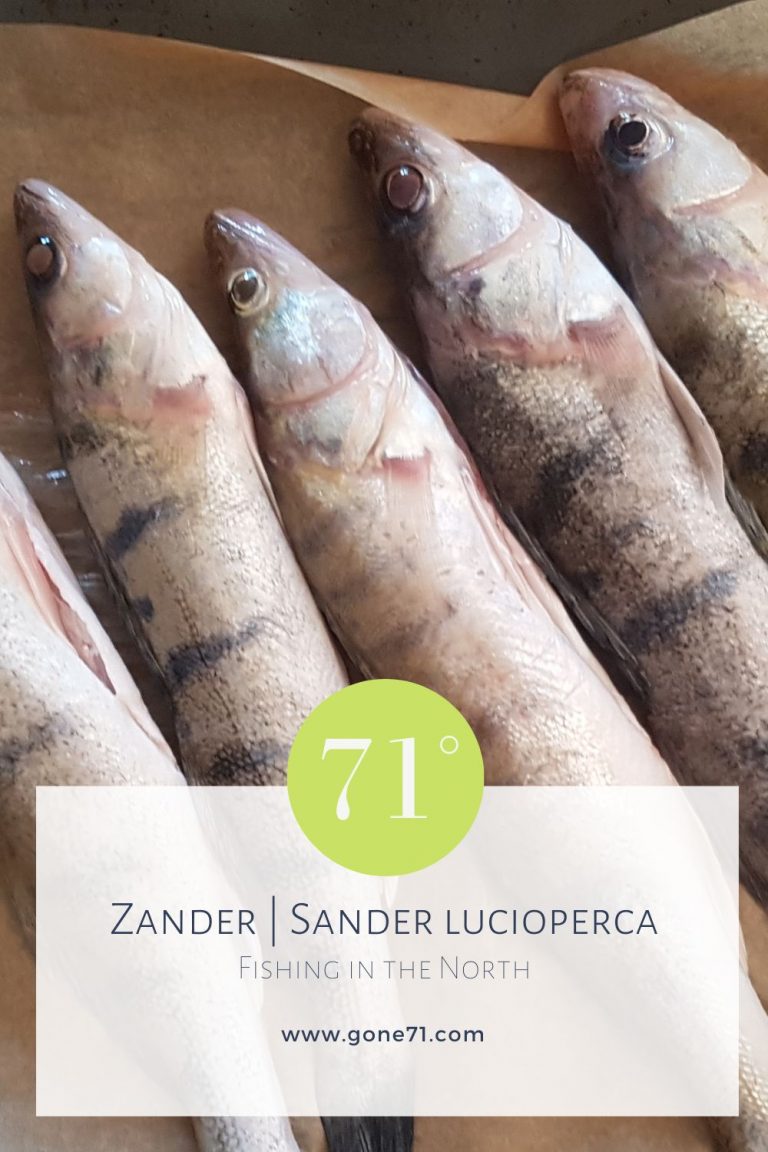 Zander (pike perch) belong to the family of perch but grow considerably bigger. They are very tasty but also more demanding to catch. They are mainly hunted by trolling or jigging from a boat in the deeper waters of lakes but can also be caught from shore in certain places. It is a tasty and welcome guest at the dinner table or at the campfire if you manage to catch one.

Very well known for its vast zander population for example is the Tampere region and the lake land area in Finland but you can also find them in the brackish water of the coastal areas or in parts of Sweden. They prefer murky water and tend to live in the deeper areas of lakes and rivers. Twilight is usually their most active time and they rise closer to the surface to hunt. During the warmer summer days you have to target them close to the bottom and depths down to 30 meters are not uncommon. 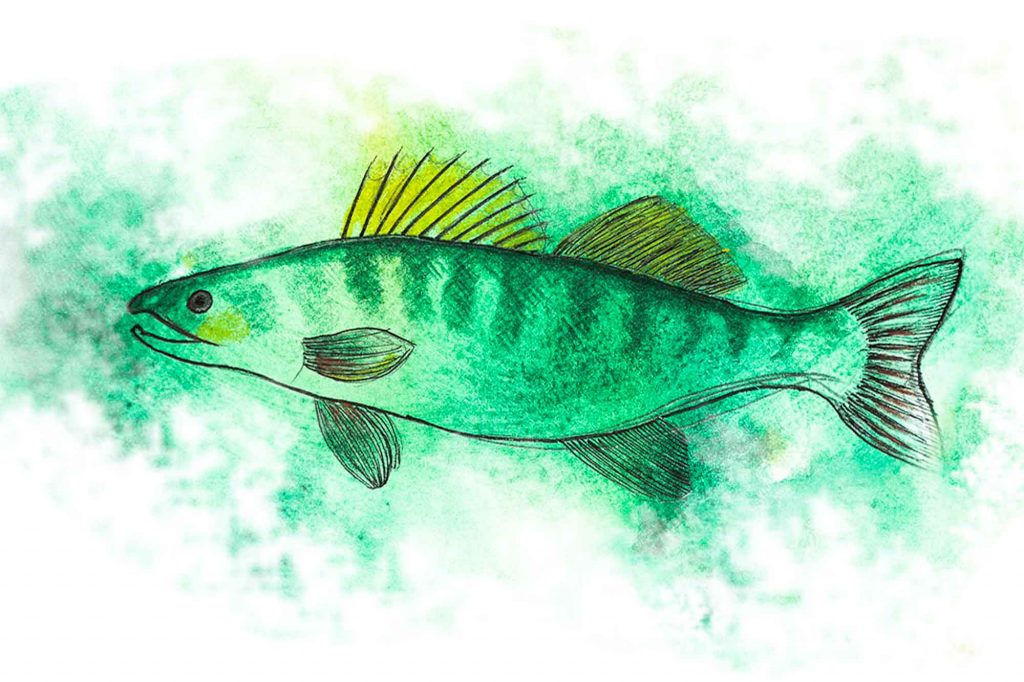 Even though spin fishing for Zander is possible in some places, vertical jigging and especially trolling are more common. The latter can be easily achieved by using a rowboat, one or more rods and a couple of lures. If you have for example a kanu or kayak to your disposal you should definitely give it a try. You might be surprised how effective this method can be. It is also advisable to use floating lures. In this way the lures rise to the surface when the boat slows down and can’t get stuck at any bottom dwelling obstacle. The sinking depth of different lures varies and you should make sure that you have a variety (1m, 5m, 10m…) to choose from. For vertical fishing you should consider a sonar.

The best season for Zander is usually June and July but they can also be caught in summer and autumn. Keep in mind that there are minimum catch sizes for zander varying from country and region – usually between 40 and 45 cm. For Finland the minimum size is usually 42 cm.

If you are fairly new to fishing this fish might give you a hard time in the beginning but in our experience it is well worth the effort.

The spiny and sharp-toothed, greenish-brown and light silver-glowing zander features two separate dorsal fins on his back. The mouth of the zander is larger than the mouth of the perch, with the upper jaw reaching almost to the back of the eyes.

In Finland, zander are found in the southern and central parts of the country. In Sweden, some oft he best areas are the waters of Vänern, Hjälmaren and Mälaren, the Stockholm archipelago and Bråviken. Some lakes in the South of Norway are also home ot small zander populations but the zander fishing grounds can’t compete with those oft he eastern neighboors.

The northernmost lakes in the world where zander occur are Lake Kemijärvi and Lake Tengeliönjokiin Finland. In the coastal area, zander occur in the Gulf of Finland, the Archipelago Sea (Fin & Swe), the eastern parts of Åland and Lumparn. In the Gulf of Bothnia, pike-perch are found mainly in the estuaries of large rivers.

Zander is a demanding species of warm inland waters that thrives in brackish water as well, provided the salinity of the water is not too high and warm breeding areas are available. Large, turbid lakes have been considered an ideal habitat for zander. Thus, water that warms up quickly in summer and stays warm for a long time is well suited for zander.

Zander males reach sexual maturity in the lakes between two and four with a body length of about 35-40 centimeters, females at 4 to 5 years of age and 40-50 centimeters in length. The spawning of zander begins when the waters warm to more than 10 degrees. In southern Finland and Sweden, spawning usually begins arround beginnging and mid- May and often continues until midsummer. The males clean the spawning ground in the coastal waters, where the female can lay up to more than a million eggs, which the male fertilizes. After hatching, the male is left to guard the nest and care for the eggs.

The young fishes begins to eat 5-6 millimeters of zooplankton. The predatory hunting behavior comes at the end of the first growing season or at the beginning of the second summer at the latest. As an adult, the zander is a versatile beast that eats mostly fish about 10 centimeters in size. The growth of zander is quite rapid, but varies with the amount and temperature of food. The young fishes usually grow between 6 and 11 centimeters in its first summer. A five-year-old zander usually has a length of 30-45 cm and a weight of 0.2-1 kg. Growth is fastest in the lush lakes of southern Finland and SOutern Sweden, slowest in the North and the Archipelago Sea. Zander usually migrate to shallow waters during spawning season in spring. After spawning, they move to the backwaters to feed and in the fall they often move to the depths to overwinter.

Zander is considered a very valuable fish from an economic perspective. It is very important for both professional and recreational fishing. The price per kilo of zander has been higher in recent years than that of any other fish except eels. As an example, in Finland annual zander catches are arround 2 million pounds. Recreational fishermen account for about 70-90% of the total catch. The majority of catches by professional fishermen are caught in late autumn, winter and spring with nets. Most of the catches of recreational fishermen are caught in the summer with lures. In recent years, zander has become more common again.

Especially in the 1960s and 70s, pike stocks declined throughout Sweden and Finland and in many places disappeared altogether. At present, zander has become one oft he most popular planting fish in the North with millions of individuals planted every year.

Data on this site

Data on this site was derived from various sources amongst others the Järviwiki and the LUKE database. These sites are great ressources but unfortunately they provide relevant information only in Finnish. Some inforamtion was translated by us for a wider English speaking audience.