Foraging mushrooms during the cold period of the year is usually not the first thing people connect with mushroom picking. However, you’ll be surprised what edible treasure you can find during winter times.

When most people have stored there baskets in the attic, the hard core of mushroom hunters will set out to look for Enoki (Flammulina velutipes), Oyster mushroom (Pleurotus ostreatus) and Jew’s ear (Auricularia auricular-judae). These typ of fungi can endure freezing temperatures or even need them to develop their fruiting bodies.

Most people might recognize this mushroom from the shelves of their nearby supermarket. As one of the worlds most cultivated mushrooms it is a widely distributed agricultural product and especially popular in China and other Asian kitchens. Only few are aware that in its wild form it is widely distributed throughout Europe and the Northern countries.

The cultivated form varies from the wild form mainly in its lighter colour. While wild oyster mushrooms need temperatures to drop below 0° C to thrive, they are conveniently available in supermarkets throughout the whole year. They are also fairly easy to self-cultivate at home with special grow-kits that can be purchased in the internet. So for those, who do not want to rely on seasons or simply do not have access to the right type of forests you can always opt for the easy way. That said, in our experience foraging your own food makes your meal taste much better. So for those who like to roam the forests in late autumn and winter

In the wild you can find this mushroom usually on trees of hard wood respective deciduous trees as beech or oak. As decomposers they affect mostly deadwood. Usually you can find them in yielding clusters with various fruiting bodies.

For kitchen use we recommend younger specimen since older oyster mushrooms tend to get though. They are excellent for drying and you can also process them to powder. The texture of the firm flesh is often compared to tender meat and is very suitable for vegetarian and vegan kitchens.

In their wild form, Enoki is a classic winter mushroom that usually begins its season after the first frost and can be found until spring. While most mushroom enthusiasts have long since retired in front of the warming stove, things are only really getting started for this one.

Its honey-coloured fruiting bodies often stand out in the monotonous winter landscape, For the foraging purists it is THE mushroom that complements the mushroom year. Occasionally the fruiting bodies have literally to be freed of snow and ice during harvest. Enoki usually grow in clusters. As decomposers, they are mainly found on wood from dead or damaged deciduous trees. As its name suggest, the wild form features a velvet stem with a dark base, which, due to its tough, rubberlike structure, can only be used as mushroom powder when dried. The lamellae are white to slightly yellowish, while the hat, despite its honey-colour, has a slightly sticky consistency. Mushrooms that are exposed to particularly strong weather conditions and low temperatures are slightly darker in colour from the centre on outwards.

It’s pleasant slightly sweet taste makes it an excellent protagonist for sauces and soups of all kinds. Enoki can also be dried and stored very well. They are a very popular component in Asian cuisine and are commercially cultivated and traded in many Asian countries as Japan or China. The mostly pure white-stemmed cultivated form is visually very different from its naturally occurring counterpart, but is equivalent in use and taste. In TCM these mushrooms are used, among other things, to strengthen the immune system, to revitalize in a state of exhaustion and to prevent or accompany cancer.

Lookalikes: Due to the unusual season in which Enoki grow, confusion with other mushrooms is rather rare. However, a potentially fatal doppelganger is the potentially deadly poisonous funeral bell also known as the deadly skullcap (Galerina marginata) which is usually found mainly on coniferous wood from the end of winter to late autumn. As with all mushrooms take extra caution when foraging Enoki since a mistake can be lethal.

Wood ears are another classic that goes under the radar of most people even though many will have unconsciously tasted it. It is particularly popular in Asian cuisine and usually served as Mu-Err in Asian restaurants. This mushroom can be found all year round and is one of the few mushrooms that can be found in winter. Its primary habitat are the branches and trunks of the widespread European black elder (Sambucus nigra) tree, hence its nickname elder mushroom. As a decomposer, it feeds on weakened or dead wood and can also be found on hard wood trees as beech. The red-brown to pale grey fruiting bodies are between 3 and 12 centimetres in diameter.

This inconspicuous mushroom got its name from Judas Iscariot, the disciple who betrayed Jesus, as well as its distinctive ear shape. According to legend, Judas hanged himself from an elder tree out of guilt.

The close relative and equal in use, taste and appearance “Mu-Ehr” (A. polytricha) is a regular in East Asian kitchens. Its name is also used as a synonym for our native Jew’s ear. Its cartilage-like texture makes it a classic for soups and sauces. In terms of taste, this mushroom is almost neutral, but has the property that it can absorb other aromas well. Jew’s ears can also be dried perfectly. So if you cannot fall back on fresh specimens, you also have the option of buying these, or at least their close relatives, dried in most Asian supermarkets.

Their high protein and mineral content makes them a healthy addition to the kitchen. They are particularly rich in calcium, potassium and magnesium. In Chinese medicine, these mushrooms are used as remedies against, amongst other things, circulatory disorders, inflammation or to thin the blood. It’s anti inflammatory effect has been known in European folk medicine for centuries and was used, for example for eye infections.

Lookalikes: In principle there are no poisonous doppelgangers in Central and Northern Europe. Judas ear’s can, however, be confused with various members of the family of Tremella and Exidia, e.g. Witches’ butter (Exidia nigricans).

Learn more about mushrooms in the North 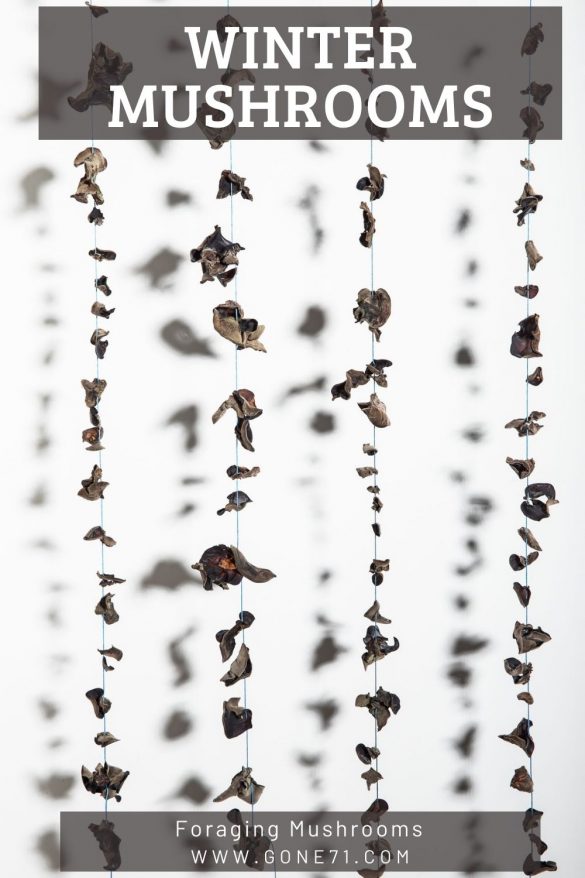 Encounter whales and dolphines in Norway (on your own)

Encounter whales and dolphines in Norway (on your...