An authentic travel & adventure blog feat. advice, tips, photography and stories about life and culture in the Northern countries.

Some of the best! Horn of plenty, black chantarelles or black trumpets as they are also called are very intense and aromatic mushrooms. They are excellent for drying and strike a high market value. Since they cannot be cultivated they have certain exclusivity to them.

A great mushroom that we love especially when the caps are fried in a pan along with some parsley, salt and pepper. Despite its great taste this a highly underestimated mushroom like all brittle-gills. Since it is not offered commercially in markets and requires some knowledge to identify people often overlook these wild forest gems. 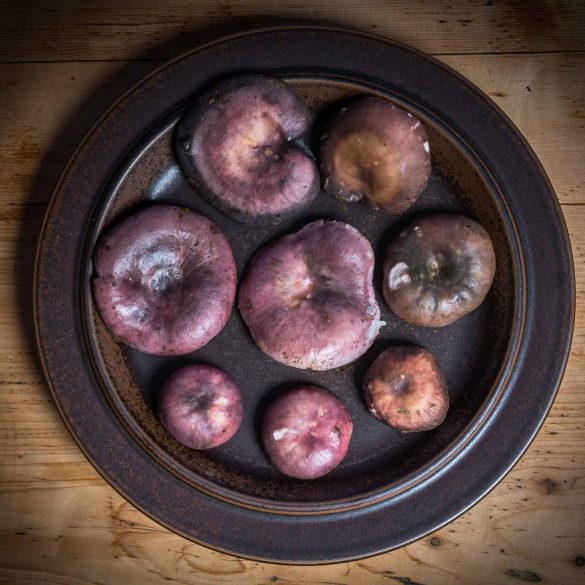 Find some inspiration in some of our other mushroom recipes 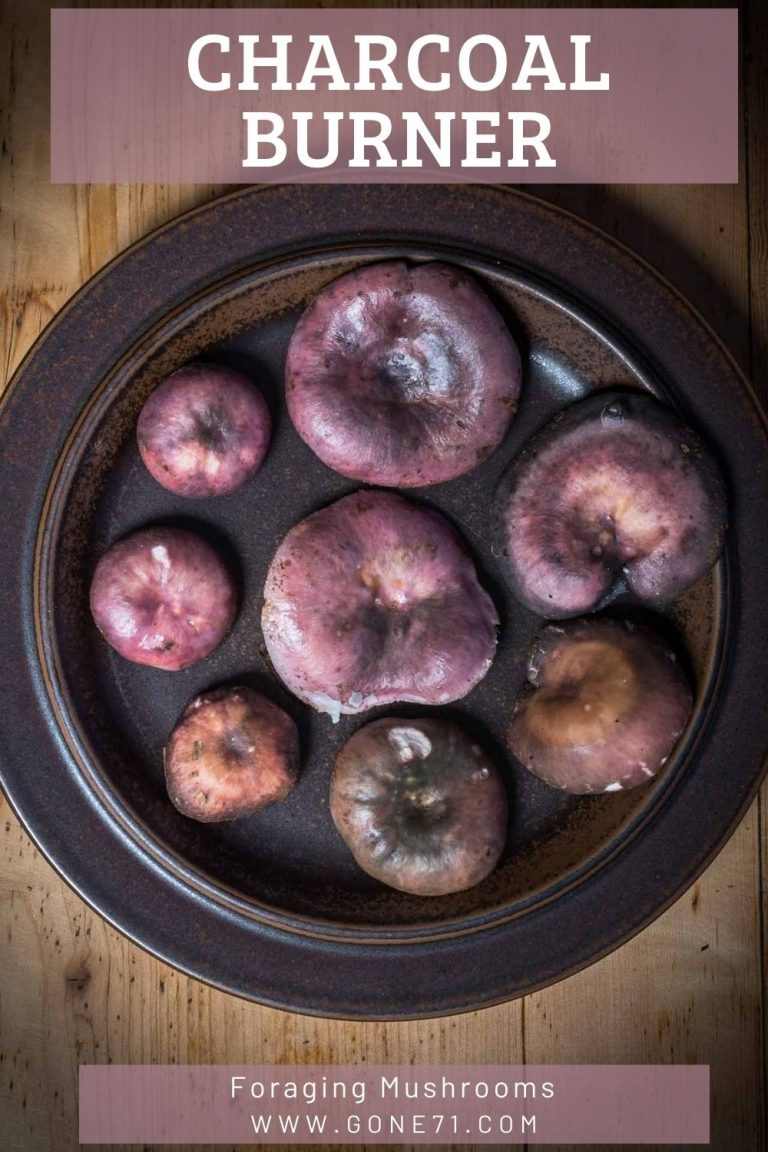 Parasol mushrooms can be found all over the world and they are a very welcome food source in most kitchens. With a general hight of up tp 40 cm and a cap diameter almost equally to that, this a giant among edible fungi – the guardians of the forest.

Everyone has seen puffballs in one form or the other. They grow in parks as well as in forests and are present all over Europe. For obvious reasons the English name derives from the olive-brown spore dust that leaks or “puffs” from older specimen. There are several puffball species that are suitable for kitchen purposes but not all of them taste great. Our recipe refers here to the common puffball (Lycoperdon perlatum). Young specimens are very suitable for kitchen use as long as they are purely white inside. Usually they are fried or sautéed in butter until golden.

The cauliflower mushroom is enrichment in every kitchen – easy to identify, big and very tasty. Unlike most mushrooms it has a firm to crispy bite almost like noodles. For us S. crispa ranks among the best mushrooms out there and we make sure to be there when the season starts – usually in autumn.

The mushroom is usually easily identified due to it’s large size and dense, countless interconnected coils, which in the broadest sense are reminiscent of pasta or even a picture of a brain. The most common confusion is with its close relative Sparassis brevipes that usually live on hardwood as oak. It’s bigger with broader folds and also edible but considered less tasty. In very rare cases they might also be mistaken for species from the genus Ramaria better known as coral mushrooms. Careful there since the genus Ramaria hosts some poisonous specimen that should be avoided.

There are also some bad news though – the cauliflower mushroom is not easiest to find and in some areas you will spend seasons without finding one. The good news is, once you are lucky to find one you are usually to encounter more in the same area so open your eyes. And it gets even better since the mushroom (fruiting body) is set to appear every year in the same place if harvest correctly. So mark your spot and be there next season in time.

One man’s meat is another man’s poison. S. crispa is a parasitic mushroom and especially trees will suffer an infestation. The fungus penetrates the tree where the roots are injured and causes the wood to rot there. While forest rangers and wood owners might not be pleased by its appearance the mushroom enthusiast is very appreciative. Cauliflower also have marked value and are commercially cultivated in some parts of the world.

Cauliflower mushrooms can be found all over the northern hemisphere and in Europe reaching as far North as the southern coastal regions of Scandinavia, especially Sweden.

The raw meat is somewhat gristly, the smell aromatic and the texture slightly rubbery. When prepared, couliflower mushrooms are firm to the bite and tasty. The taste can be compared to that of the edible morel. Even when cut, it can be kept fresh in the refrigerator for a week or more, but it can also be used in a dried form for sauces.

Sparassisa crispa makes a great contribution to different soups and can be used as noodle substitute along with different sauces. They are also very popular fried and often mixed with egg. A good addition are also vegetables like eggplant, sorrel, carrots, celery, onions and different herbs such as parsley, thyme and basil.

The cleaning of the fruiting body from slightly ingrown soil residues is a bit complicated and can be a painful prcedure. Due to its dense structure a lot of unwanted guests and dirt can get trapped inside – so make sure to inspect it properly before cooking it. There are tow main options we propose:

Our recipe of choice we only dip the raw mushroom in egg and fry it. 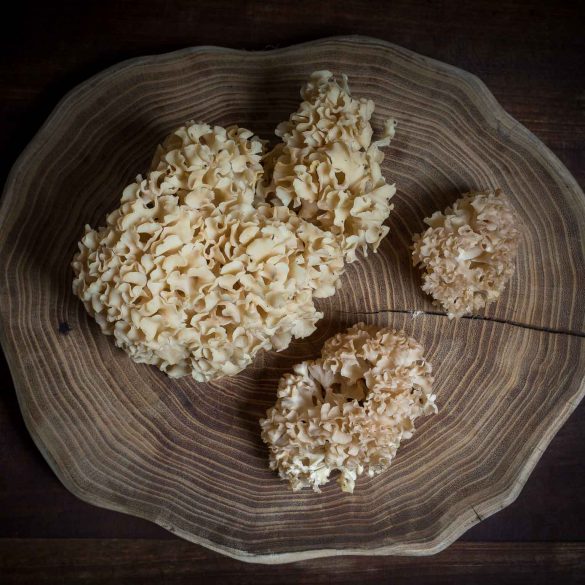 Sparassis brevipes can be prepared in a similar way. It can have a thougher texture though and will not meet everyones standard. The best thing is to try for yourself.

Learn about mushrooms in Scandinavia

This extraordinary mushroom is difficult to overlook but only exceedingly few people are aware of its culinary potential. Younger specimen can be sautéed or served in a soup and many compare the taste of the young stems to asparagus. Be quick though, once the shaggy mane opens its cap, an odd process of decay sets in that transforms the mushroom into black slime. Use it fresh is the motto here probably more than with any other mushroom.

Golden Chantarelles are a wanted species throughout kitchens all over the world. The good news is, they are growing plentiful in many places throughout summer and autumn. Once you have learned how to identify them and where to look you can pick them on your own.

The amount and variety of berries throughout the Scandinavian wild is sheer endless. Summers are short but very intense and the long days make for an annual feast in the northern summer months.