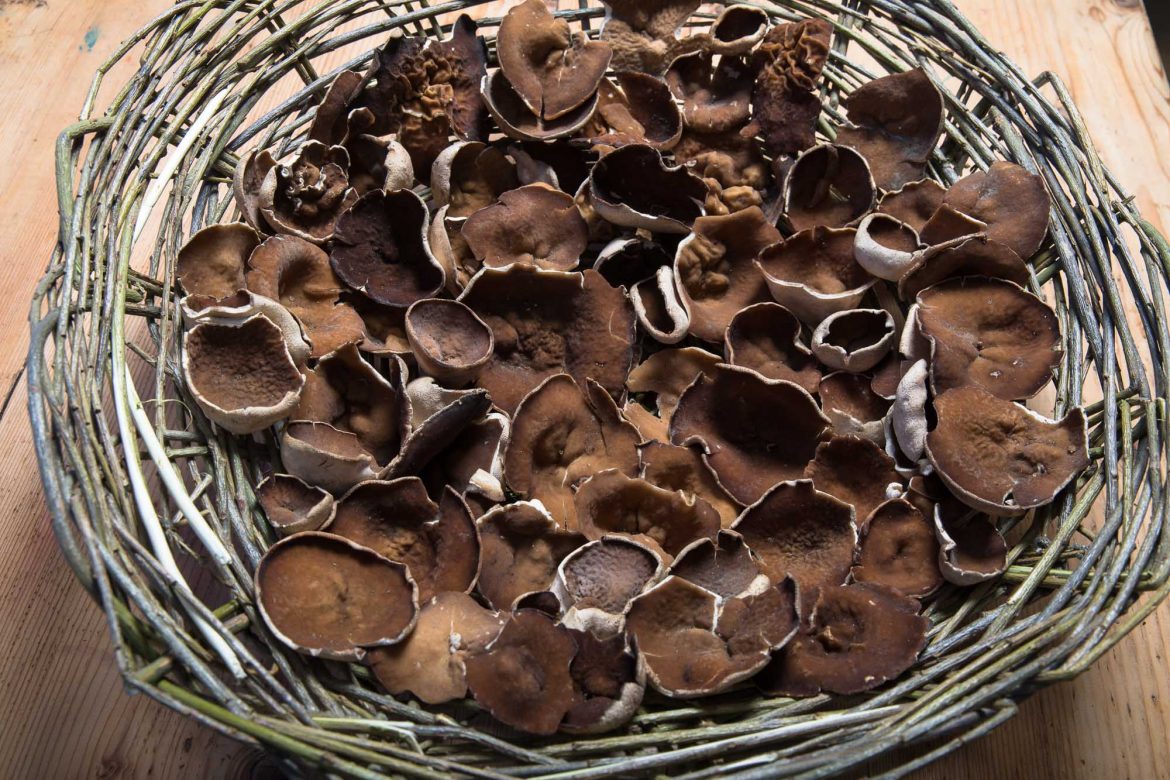 The bleach cup also known as cup morel or veiny cup fungus is a little-known delicacy that is one of the first mushrooms of spring. Many consider them to be on par with morels in taste, and in some areas they appear in large numbers, albeit for a short time. That’s no coincidence either, because the cup morel is a close relative of the coveted common morel and has therefore similar taste qualities.

The fresh mushrooms, often the size of the palm of a hand, have a chlorine-like odor that dissipates when cooked.