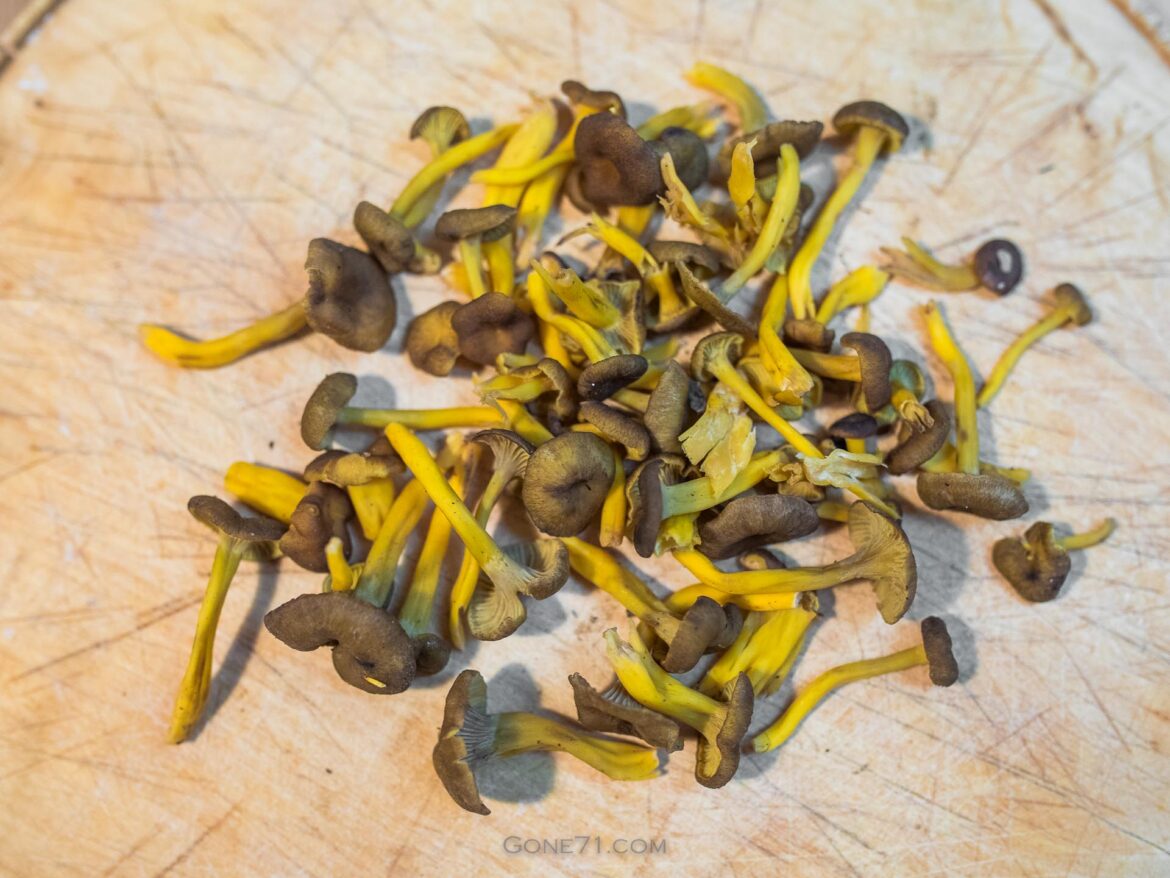 We love this mushroom. Especially in its variety with a clearly yellow stalk, it is not only excellent in culinary terms but also particularly beautiful to look at.

Appearance & habitat of the funnel chanterelle

Its gills are slightly lighter than the colour of the cap. With a height up to 10+ cm and a cap diameter of up to 7 cm it is slightly smaller and also more fragile than its golden counterpart. It usually grows in big amounts later in the year. The funnel chanterelle is often smaller than the chanterelle and more difficult to spot, with colors that blend in with nature. Like regular chanterelles, it has chanterelle ribs on the underside of the hat. Funnel chanterelles are thinly fleshed with a yellow and hollow stem. The cap is deeply funnel-shaped. Funnel chanterelle has a dark brown hat with light, gray-yellow ribs, and a hollow yellow stem.

Funnel chanterelles are often found in moist and dark forests, preferably under spruce but can also occur under pine or deciduous trees such as beech and oak . It likes best where there is a lot of moss in the forest, and can grow deep down the moss. They usually arrive late in the season, and grow until the first frost comes, hence also the name winter mushroom.

Lookalikes of the funnel chanterelle

It can be confused with a variety of other mushrooms like the yellow trumpet mushroom (Craterellus lutescens) which has a more orange color on the stem and smoother (to non existent) ribs under the cap. This mushroom is also edible but by far not as common as the funnel chanterelles.

Funnel chanterelles in the kitchen

Funnel Chantarell have a stronger taste than their yellow counterparts and are very popular in the kitchen. These mushrooms are very good for frying, in mushroom sauces for pasta, in stews, gratins and pies. They are also used in soups. Funnel chanterelle are also great mushrooms for drying and in mixed mushroom dishes to add some colour. Don’t forget to look into the insede of the hollow stem for insects and dirt when you clean them. 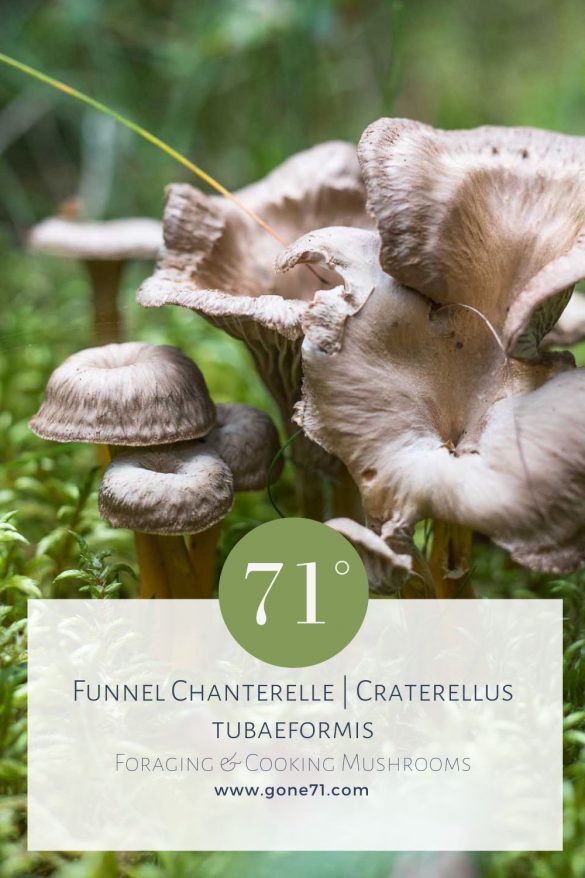