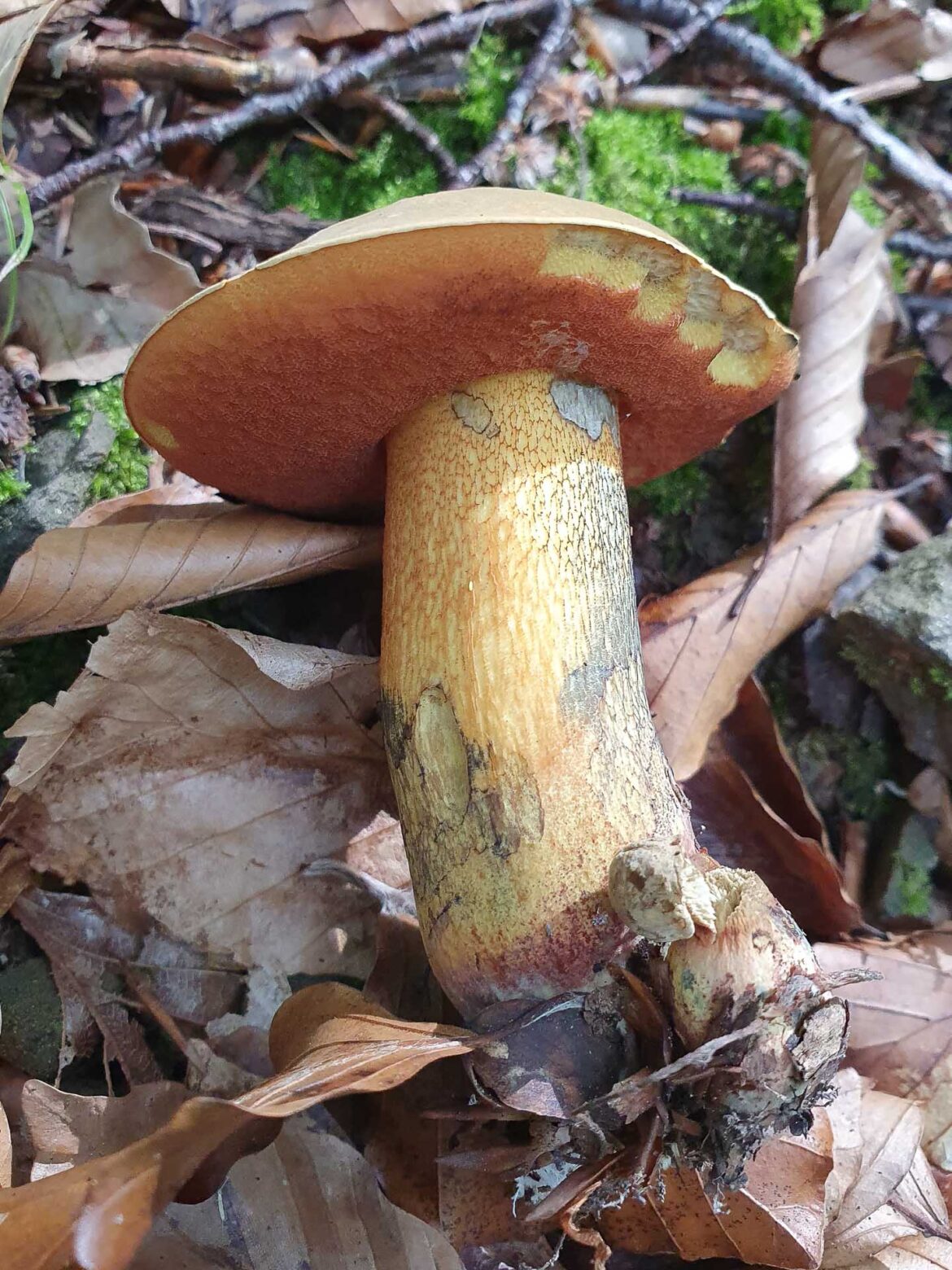 The Lurid bolete is a very controversial mushroom that is often suggested to be poisonous or inedible. It is suspected of causing unwanted side effects when combined with alcohol. However, this has not been proven and the mushroom toxin coprin, which can lead to poisoning when consuming mushrooms such as the shaggy manes in combination with alcohol, has not been proven either. To be on the safe side, alcohol should be avoided before and after eating these mushrooms.

Due to occasional intolerances, the mushroom should only be collected for personal consumption and only in moderation at the beginning until you know how you react to it. It should not be passed on to third parties.

The fungus is very similar to the edible Scarletina bolete (Neoboletus luridiformis) and may easily be confusion with it.

Appearance & habitat of the luride bolete

The yellow flesh is thick and very firm and has a reddish-brown tone at the base of the foot. It turns strongly blue when cut. Lurid boletes have a net-pattern on the stalk and a slightly lighter brown cap-colour than the very similar scarletina bolete.

The pore-endings are initially yellowish but soon turn orange, red to reddish brown in colour. The pores which grow freely from the stalk, are yellow at first, but gradually acquire a grey-green tone and turn blue when cut or pressed.

The strong foot is 6 – 12 cm high and widened downwards. It is reddish brown or reddish yellow and covered with a dark red to black red net pattern.

The luride bolete is a mycorrhizal fungus that lives in symbiosis with deciduous trees like beeches. In Europe it can usually be found from June to October, very often in abundance.

Unwary foragers can confuse these species with a variety of (poisonous) mushrooms. High caution and good knowledge of the subject is therefore adviced when foraging Lurid boletes. This mushroom is only for experienced mushroom hunters.

The very poisonous Satan’s bolete or Devil’s bolete (Rubroboletus satanas), which turns only moderately blue when injured, has also a stalk net and (especially when young) a very light gray hat color. When cut, the flsh turns only slightly blue and usually less than the lurid bolete. However, this mushroom can appear very similar and a mix up can have severe consequences. There are no deaths uppon the consumption of the satan’s bolete to our knowledge but severe gastrointestinal disturbances are usually the consequence.

Another poisonous candidat very similar to the devil’s bolete in appearance is Suillellus rhodoxanthus (dt. Blasshütiger Purpurröhrling, swe. rosensopp, fin.: ruusutatti) which has a much lighter greyish cap and an intense red net on a yellow stem. Like several other red-pored boletes, it stains blue when bruised or cut.

The bitter beech bolete is another bluing and slightly poisonous mushroom that has been known to be confused with the lurid bolete. Despite its very attractive appearance, consumption can lead to longer-lasting gastrointestinal disorders.

The most similar mushroom is the scarletina bolete (Neoboletus luridiformis), which is also an excellent edible species when properly cooked. It misses the net-pattern on the stalk and has small red scales on the stalk instead. The cap-colour is slightly darker. The pores are also yellow and the pore-endings are tinted orange to red.

Luride bolete in the kitchen

Due to the many potentially very toxic mix-ups, the lurid bolete should only be collected by very knowledgeable foragers. In some mushroom books, collecting is discouraged entirely due to its resemblance to the satan’s bolete. Especially in older literature they are even regarded poisonous or at least inedible.

Nevertheless, the luride bolete is considered edible mushroom in many regions of Europe e.g. Switzerland.

It is very versatile in the kitchen and you can confidently fall back on other mushroom recipes e.g. like those for members of the Leccinum family (e.g. orange birch bolete). 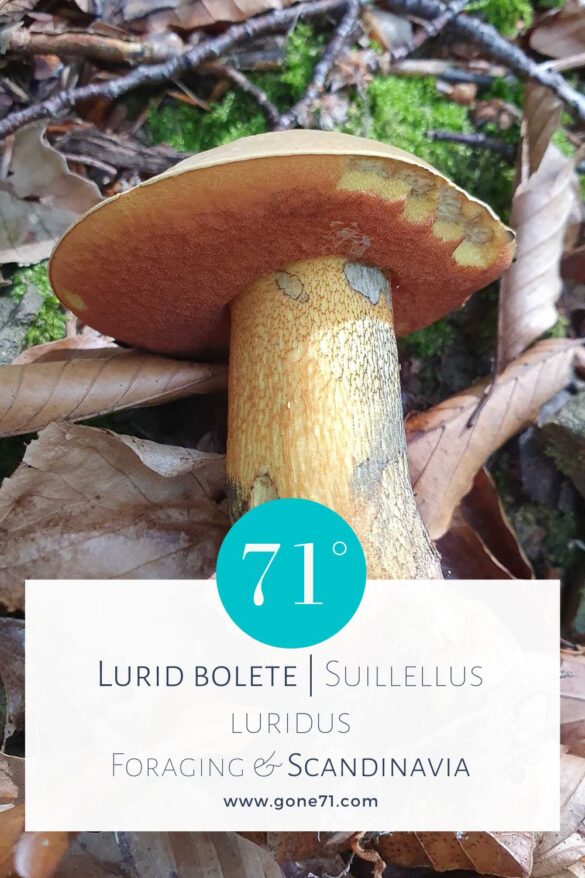