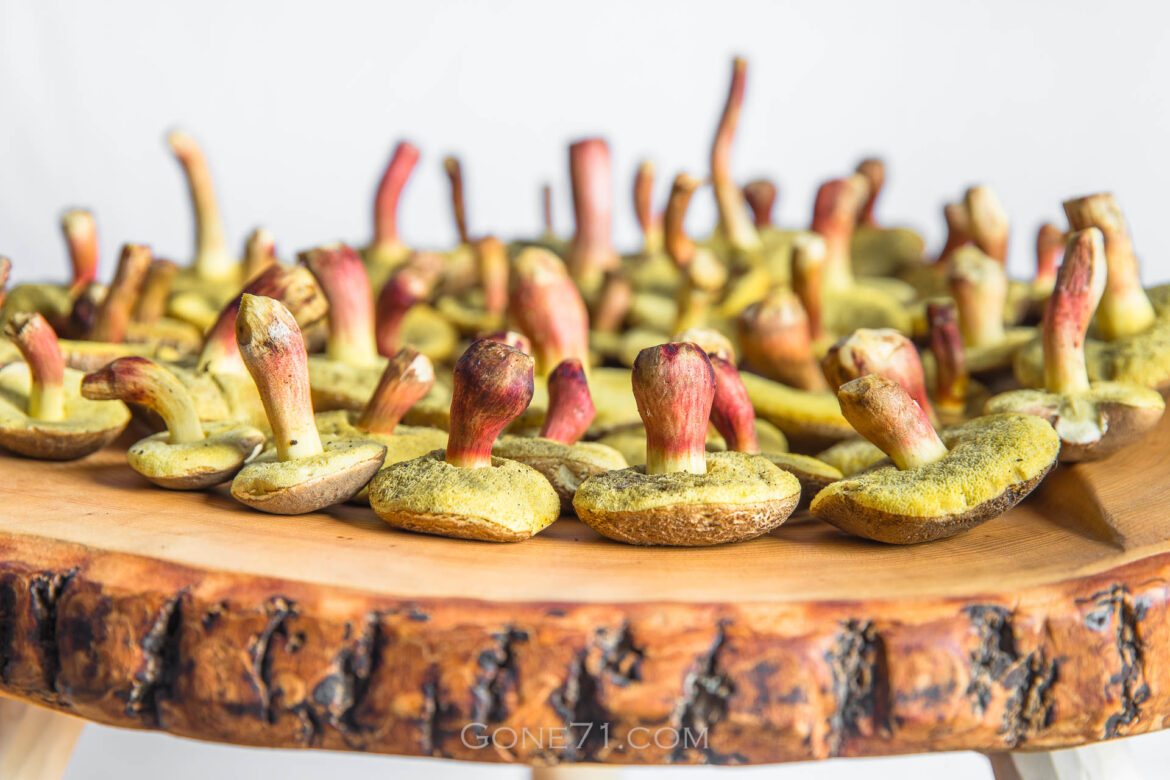 The (culinary) advantages of the matte bolete over related species

Its flesh is much firmer and is much more suitable for independent dishes than, for example, that of the common red-cracking bolete or X. cisalpinus. In addition to its consistency, it also has another great advantage, it is usually much less infested by insects than is the case with other species. The catch is, unfortunately, it mainly grows in the fall and is therefore far less available.

Habitat & Appearance of the matte bolete

This species is widespread in Europe. It prefers acidic soils and is often found accompanied by spruces. But they can also be found in red beeches and oaks.

The cap can appear almost black when young, but later usually turns chestnut brown. Like all mushrooms of the Xerocomellus genus, it has the typical red color layer between the cap skin and the flesh. Unlike the red-cracking bolete, the matt bolete rarely cracks the cap skin.

The pores are usually a strong lemon-yellow color, turning greenish-yellow with age. The pores do not usually blue with pressure or injury.

In contrast to other species, the stem is very strong. It can be bright yellow, especially when young, and later develops red flakes, which can eventually give the stem a full red appearance.

The meat usually has a very intense yellow color and no red tones in the stem. When exposed to air, the flesh will only blue very slightly or not at all.

Lookalikes of the matte bolete

Many will (erroneously) group different types of mushrooms under the complex “red-cracking bolete”. The matte bolete is one of them. Here is an overview of different species of Xerocomellus.

An edible mushroom that is very similar to the red cracking bolete and with similar kitchen qualities. X. subtometosus has no red flesh, no bulbous stem and does not turn blue though.

The bitter beech bolete is another bluing and slightly poisonous mushroom that has been known to be confused with species of Xerocomellus. Despite its very attractive appearance, consumption can lead to longer-lasting gastrointestinal disorders.

Matte boletes in the kitchen

In kitchen use, this mushroom is much better suited than the red-cracking bolete (X. chrysenteron).

Above all, we find the texture much more exciting and its thick meaty, crunchy stems can be better processed both in mixed dishes and as a single mushroom. The matte bolete also has significantly more meat in the cap and in our experience the pore layer can be integrated into the food for longer.
With older specimens, the pore layer can simply be separated before processing.

We prepared a crepe filling with the matte bolete and were thrilled with the result. Our verdict – it definitely doesn’t have to be a mixed mushroom! 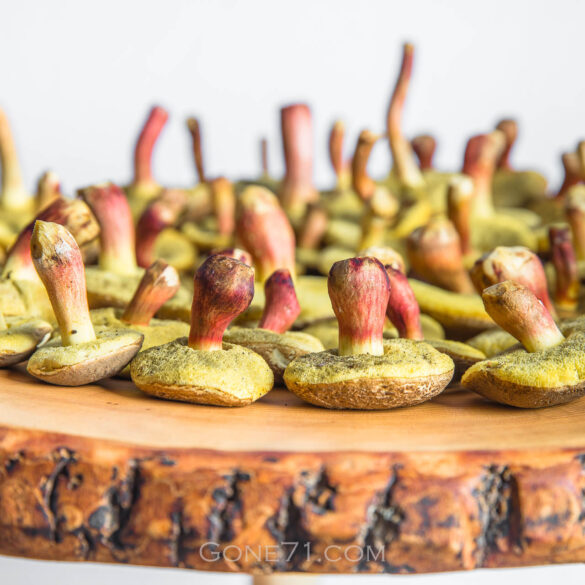 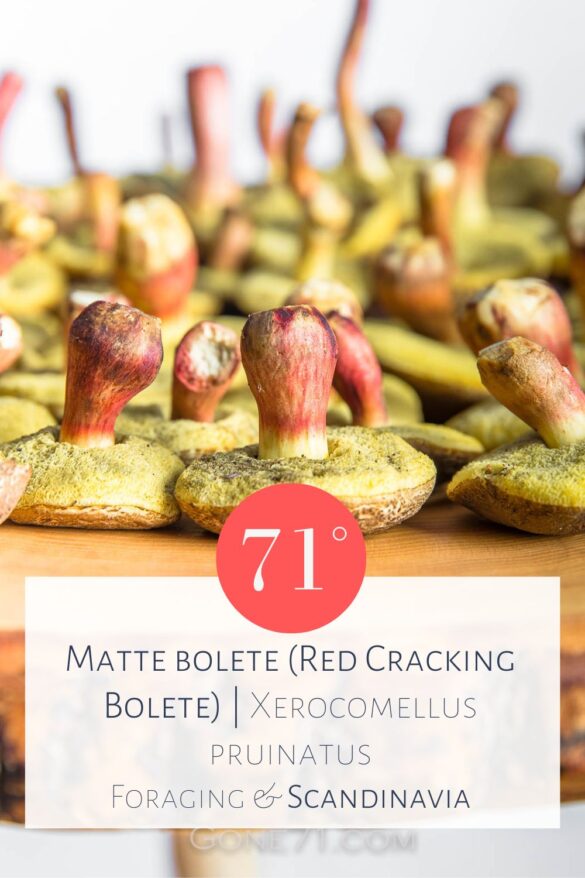