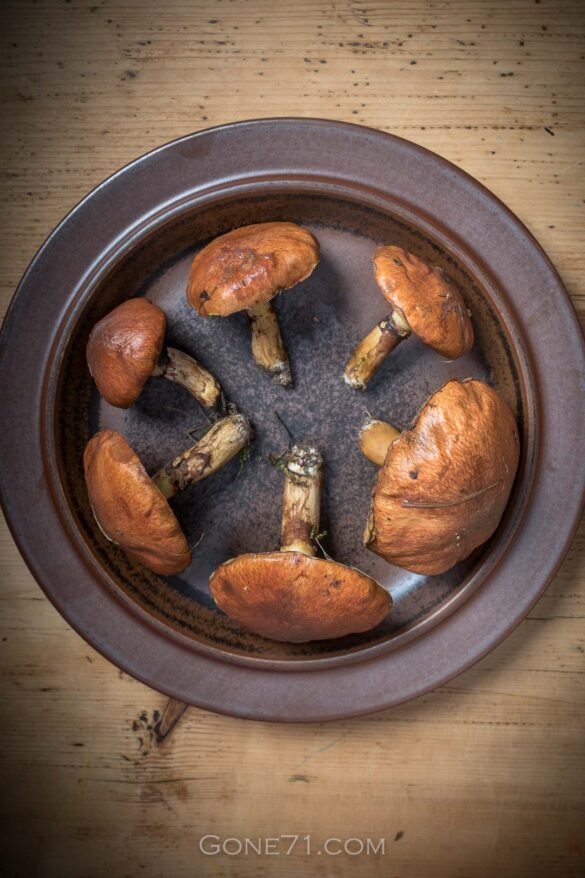 The name says it all – the slippery jack is a slimy beast. Nevertheless, it has a culinary value and goes very well in mixed dishes, fried or dried. We usually remove the greasy hat skin on the spot though

I have to admit that for a long time I was not particularly sympathetic to this mushroom due to its haptics. A couple of years later I know better and the slippery jack has gotten its place in my mushroom basket, similar to the larch bolete.

Appearance & habitat of the slippery jack

The Slippery jack (Suillus luteus) is a common mushroom throughout Europe and grows mostly in pine forests respectively in symbiosis with pine trees. It is also a successful conqueror and has made it to many parts of the world. It is now even found in southern Africa, where it was probably introduced together with its symbiotic partner, the pine.

In autumn, slippery jacks are often found in groups in central and northern Europe. In warmer areas and in southern Europe, it grows as early as spring.

The cap is brown and slimy but can easily be put off with a knife. The flesh underneath is slightly yellowish. In younger stages, the pore layer is covered by a white skin (velum), so that it is not immediately recognizable that it has pores at all. When the fruiting body gets larger, the velum ruptures and remains as a ring on the stem.

Confusing the slippery jack with other mushrooms

Slippery jack can be confused with the Larch bolete (Suillus grevillei) and other mushrooms from the Suillus family as the ringless yellow bolete (Suillus collinitus), the weeping or granulated bolete (S. granulatus) oder dem velvet bolete (Suillus variegatus).

All of the mushrooms mentioned are considered edible, although they too, as representatives of the genus Suillus, can cause intolerance in some people.

The slippery jack is an appreciated edible fungus in many parts of the world, but the tough, slimy cap skin is believed to cause digestive problems, and can even influence the quality of other fungi that the mushroom is stored with. Therefore, it is often recommended to pull away the cap skin from picked specimen preferably already in the forest.

The slippery jack should be processed very quickly. If you want to store it in the fridge for a short time, it is best to use a dry cloth.

In principle, the slippery jack is good mushroom for drying. Without an dehydrator or oven, however, this is usually a difficult undertaking, as it takes a lot of time and involves a high risk of mold if the conditons are not perfect. If you want to dry mushrooms more often, you should definitely get a dehydrator. If you don’t have one at hand, you can use the oven as well.

Together with other dried mushrooms such as porcini, (red) scaber stalks or black trumpets, they can be processed further. They can also be ground into mushroom powder and used to flavor soups and dishes. The question of compatibility remains, however, here as well.

Slippery jack in the kitchen

Some sources say that the slippery jack has no distinct taste. We think, however, that it has a slight sour note to it and goes well  mushroom in e.g. stews or sauces. Our favourite cooking method of choice is breading, though.

Note that slippery jack, like other fungi in the genus Suillus, can cause allergic reactions in some people. Foragers have to be aware of that and in case of reactions mushrooms from the Suillus family should not be eaten. It is best to only eat small amounts at the beginning. 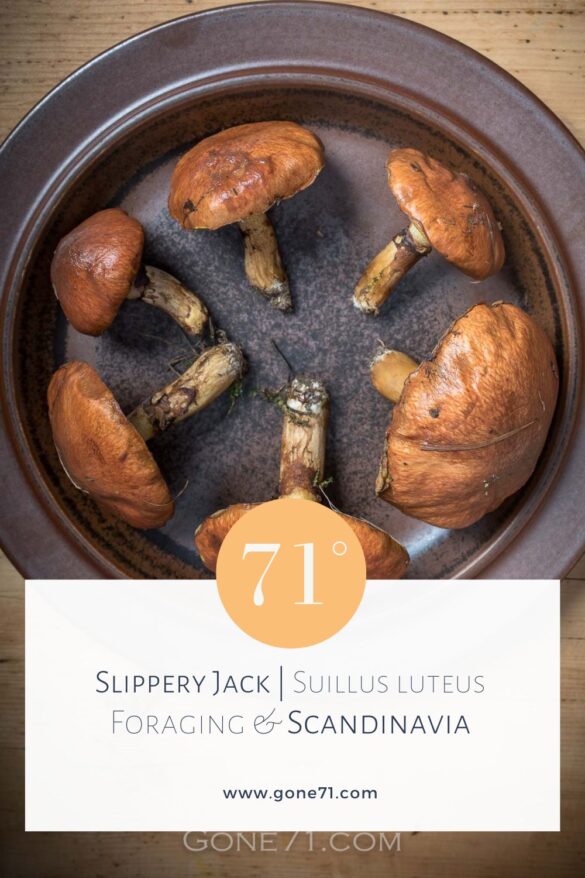