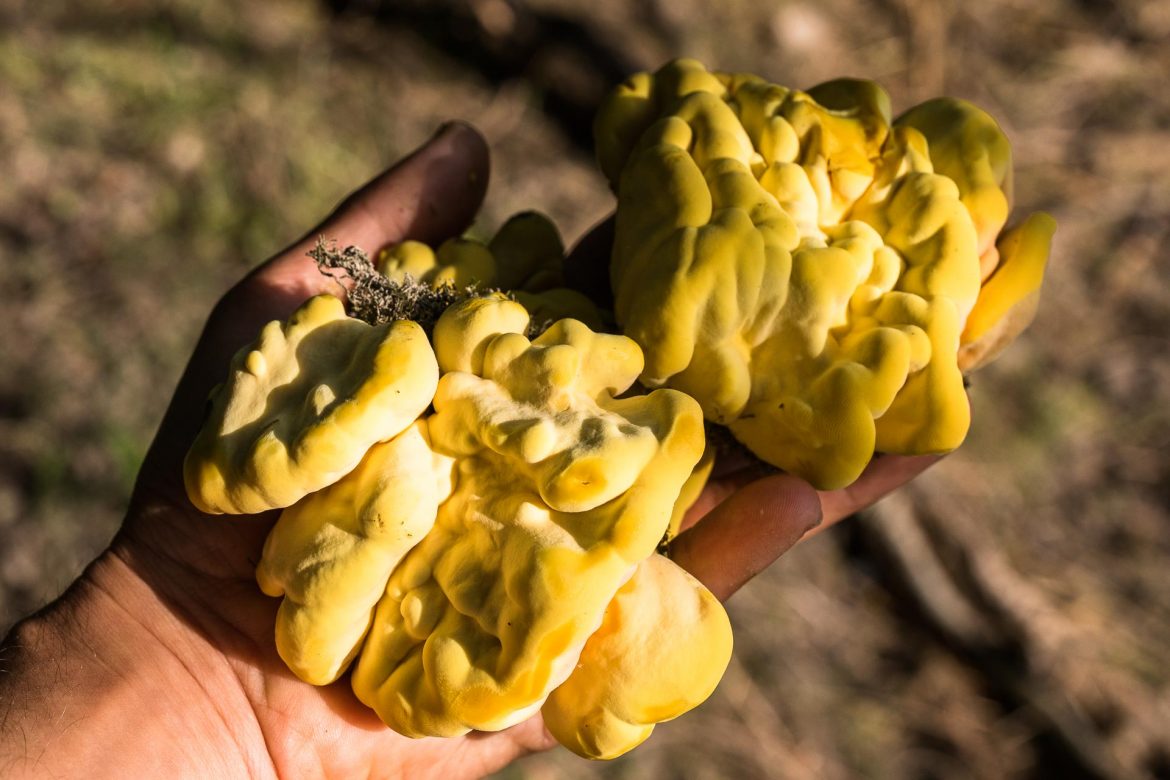 Chicken of the Woods also known as sulfur shelf are easily recognizable by their distinctive exterior. They owe their animal-related name to the idiosyncratic texture of the mushroom meat, which is reminiscent of chicken after preparation. These mushrooms are very often found in abundance and a full grown cluster of mushrooms can easily weigh several kilos. For culinary purposes we use young specimens, since chicken of the woods usually becomes bitter and tougher with age.

As an aggressive wood decomposer, chicken of the woods can be found on the trunks of different tree species. It is important to ensure that specimens that grow on poisonous trees, such as yew or laburnum, are avoided. It can then happen that the fungus absorbs the toxins of the corresponding tree species and causes severe poisoning in humans. Specimens from trees with a high tannin content, such as oaks, should also be avoided, as these substances can lead to diarrhea and the culinary enjoyment is also impaired by the bitter substances. We find them often on canoeing trips in spring and early summer where we collect specimens that grow on willow.

diameter: up to 5 to 40 cm
months: April – July
colour: sulfur yellow, orange, colour fading with age
habitat: This mushroom can grow on a variety of trees including various conifers
characteristic: This mushroom does not have a stem and it grows directly on the tree.

Sulfur shelves can take on the size of a country and sizes of up to half a meter for the individual brackets are possible. The fruiting bodies usually appear in groups consisting of a large number of fan-shaped mushroom which can reach a weight of over 40kg (90lb) in some cases. The striking sulphur-yellow color and soft texture in young specimens are particularly characteristic. As the mushrooms age, they turn more orange and the mushroom color begins to fade.

The mushroom has a slightly sour taste that usually evaporates with cooking. It can be prepared like chicken and is used in vegetarian cuisine as a meat substitute. As a rule, opinions differ on the culinary value of chicken of the woods. Some see it as a delicacy, others only consider it to be of little eating value. In older mushroom literature it is often reported as inedible. Like many mushrooms, it is inedible raw because it contains a lot of oxalic acid, which evaporates when cooked along with most of the sour taste.

The mushroom should be boiled in salted water for 10 minutes before preparation to neutralize the oxalic acid. Chicken of the wood can also be preserved by freezing.

One of our favourite dishes are Chicken of the Woods breaded in crumbs and Parmesan and fried as nuggets. However, the mushroom can also be used well in soups, curries or stews. 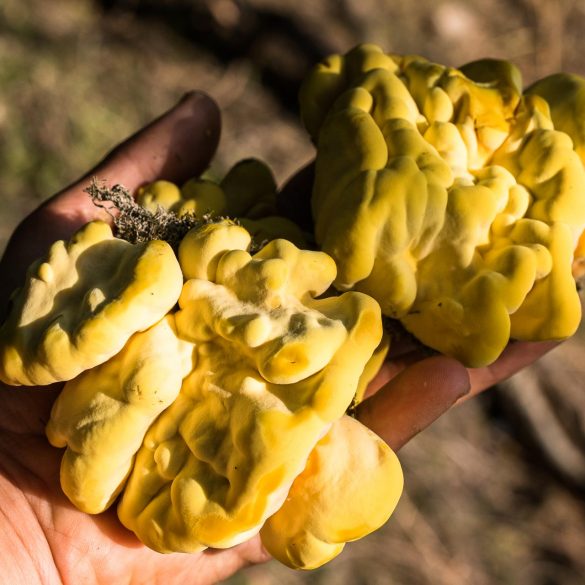 Chicken of the woods (Laetiporus sulphureus)

In the picture above we breaded the mushroom pieces without breadcrumbs. Simply leave out the breadcrumbs and turn the mushrooms in grated cheese after the egg. 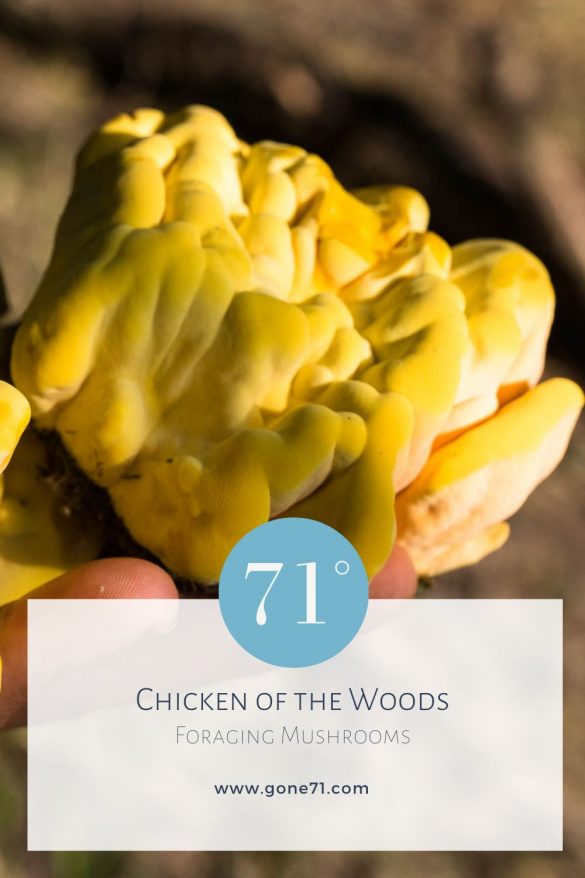